© Licensed to London News Pictures. 10/07/2015. Leeds, UK. Zdenko Turtak arrives with police protection at Leeds mags court this morning to be charged with the attempted murder and rape of a 18 year old woman in the Beeston area of Leeds on March 6th. Turtak was extradited back to the UK last night by officers from West Yorkshire Police Homicide and Major Enquiry Team.
He was flown from the Slovakian capital Bratislava, where he had been held following his arrest at his home on June 4. Photo credit : Andrew McCaren/LNP 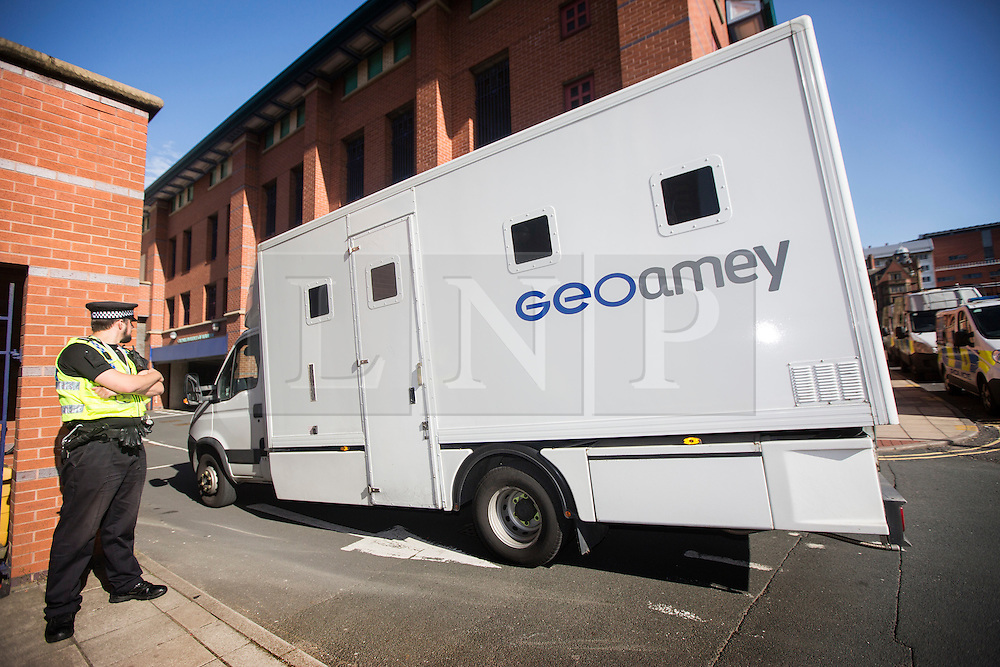