© Licensed to London News Pictures . 22/05/2018 . Manchester , UK . Prime Minister THERESA MAY leaves Manchester Cathedral and hangs a messages on a Tree of Hope outside the Cathedral , after a Service of Remembrance on the first anniversary of the Manchester Arena bombing . On the evening of 22nd May 2017 , Salman Abedi murdered 22 people and seriously injured dozens more , when he exploded a bomb in the foyer of the Manchester Arena as concert-goers were leaving an Ariana Grande gig . Photo credit : Joel Goodman/LNP 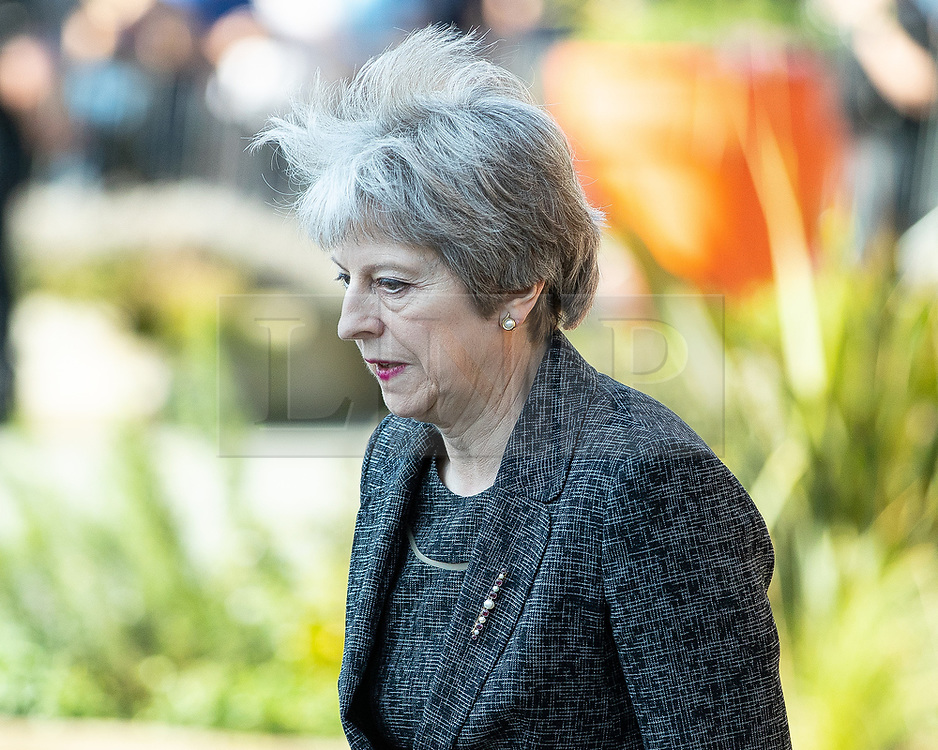