© Licensed to London News Pictures. 12/03/2013. Wandsworth, UK Cones left around the base of the wooden telegraph pole. A man is fighting for life after being struck by a telegraph pole as he walked in a south London street. The 27-year-old is critically ill in hospital after being hit by the wooden pole which is thought to have been knocked down by the wind last night. The man was struck as he walked along Spanish Road in Wandsworth at around 7pm last night.. Photo credit : Stephen Simpson/LNP 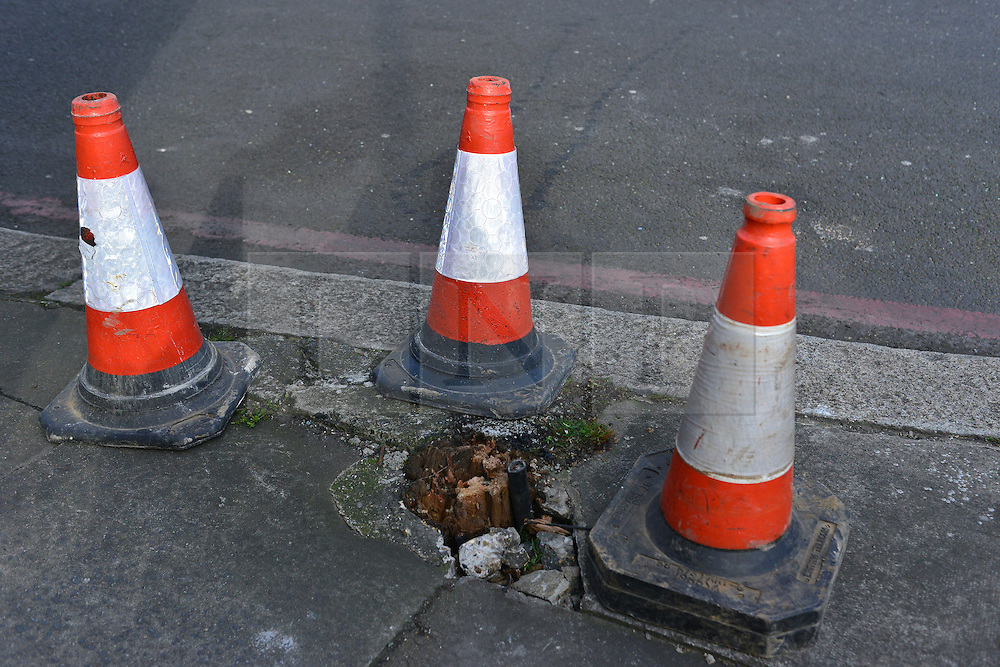