Portrait of Tony & wife Jane Nicklinson, at their home in Melksham near Bath, UK.

© Licensed to London News Pictures File pic dated 15/10/2011. Melksham, UK. Portrait of Tony Nicklinson & wife Jane at their home in Melksham near Bath in October 2011. Mr Nicklinson suffered from "Locked in Syndrome" after having a stroke in 2005. Tony fought for his right to end his own life and after finally losing his case in the High Court to allow doctors to end his life refused all food starved himself to death in August 2012. Photo Credit : Stephen Shepherd/LNP 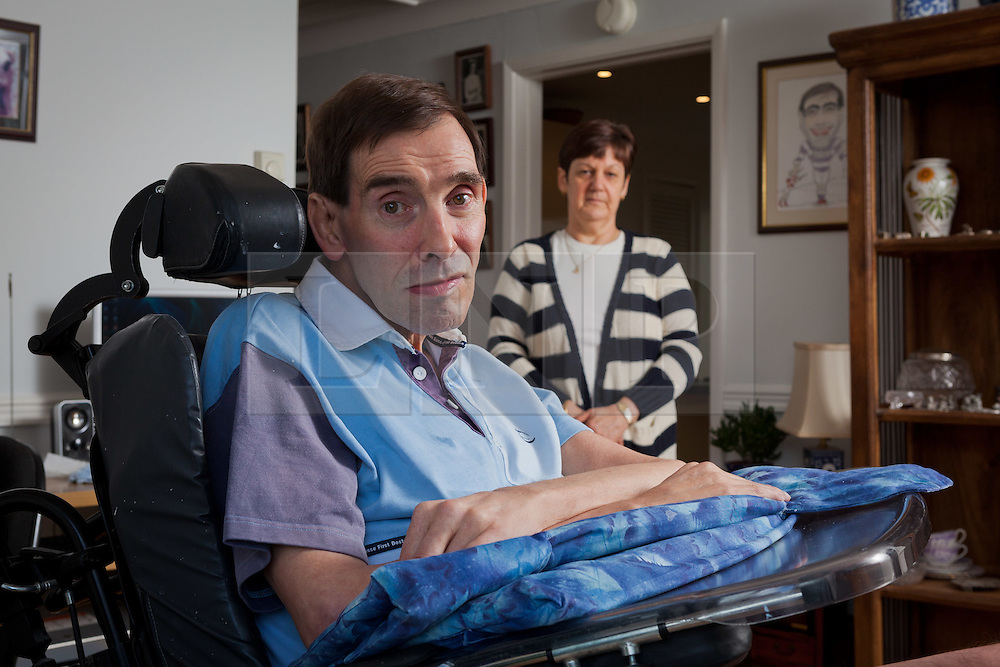