© Licensed to London News Pictures. 18/09/2013. Arctic,, UK A Russian Coast guard officer is seen pointing a gun at a Greenpeace International activist. Crew members of the Greenpeace ship Arctic Sunrise reported that a total of 11 warning shots were fired and the Coast Guard has threatened to fire at the ship itself if it does not leave the area. Five activists attempted to climb the 'Prirazlomnaya,' an oil platform operated by Russian state-owned energy giant Gazprom platform in Russias Pechora Sea. The activists are there to stop it from becoming the first to produce oil from the ice-filled waters of the Arctic.. Photo credit : Denis Sinyakov/Greenpeace/LNP 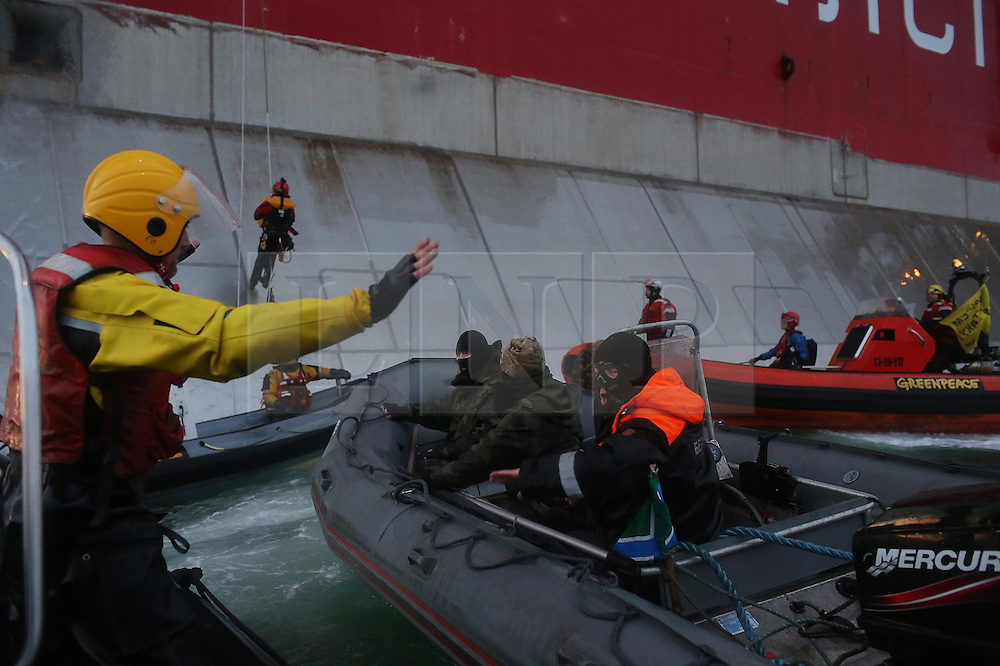