© Licensed to London News Pictures. 30/05/2018. Bristol, UK. CHANCE PRICE, daughter of Goldie (whose real name is Clifford Joseph Price), arrives at Bristol Magistrates Court where her father, Goldie, is to be sentenced for assaulting security guard at Glastonbury festival in 2017. Chance Price age 20, will also appear before the court. The court previously heard the case against Miss Price would be dropped once her father had been sentenced. Goldie, a DJ and musician age 52, had previously pleaded guilty to the charge by video link from Thailand, having failed to appear before the court in March and was contacted on a video-calling app to confirm his guilty plea. He admitted assaulting bouncer Dennis Poole on June 23 2017 by beating him. The judge then told the musician, who was based in Thailand at the time, that he would have to appear in person at court to be sentenced. Photo credit: Simon Chapman/LNP 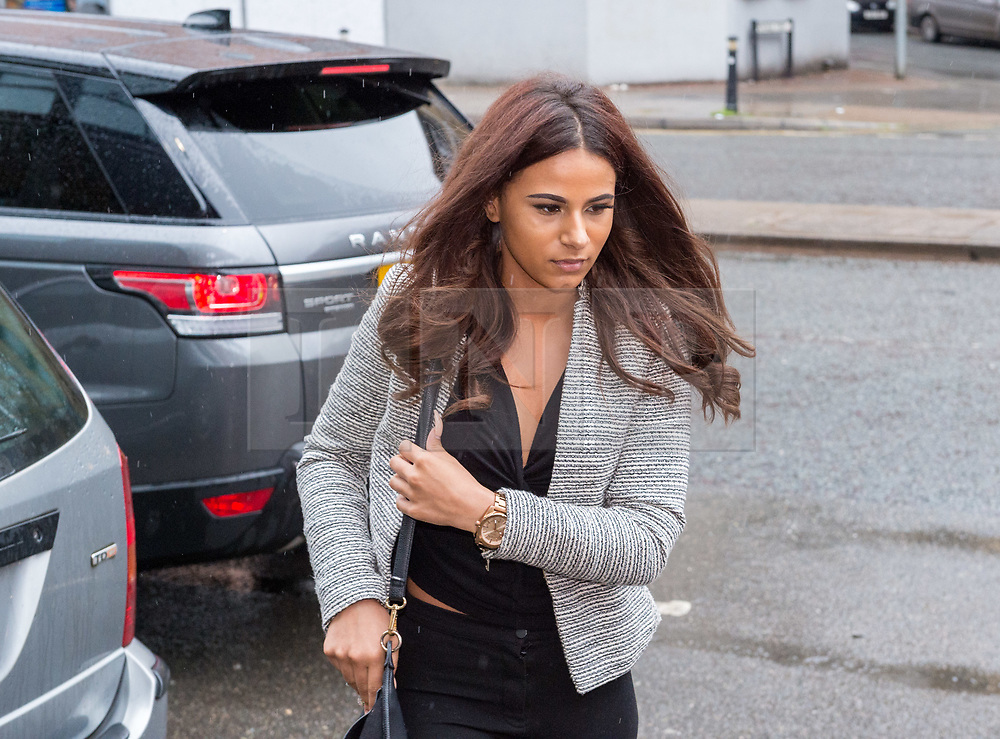