© Licensed to London News Pictures. 29/11/2015. London, UK. Jeremy Corbyn, leader of the Labour Party, gives a speech at the start of the People's Climate March, ahead of tomorrow's Paris climate talks. The march is one of many such marches taking place in major cities worldwide, demanding that governments take action against climate change. The march followed a route through the capital from Park Lane to Millbank. Photo credit : Stephen Chung/LNP 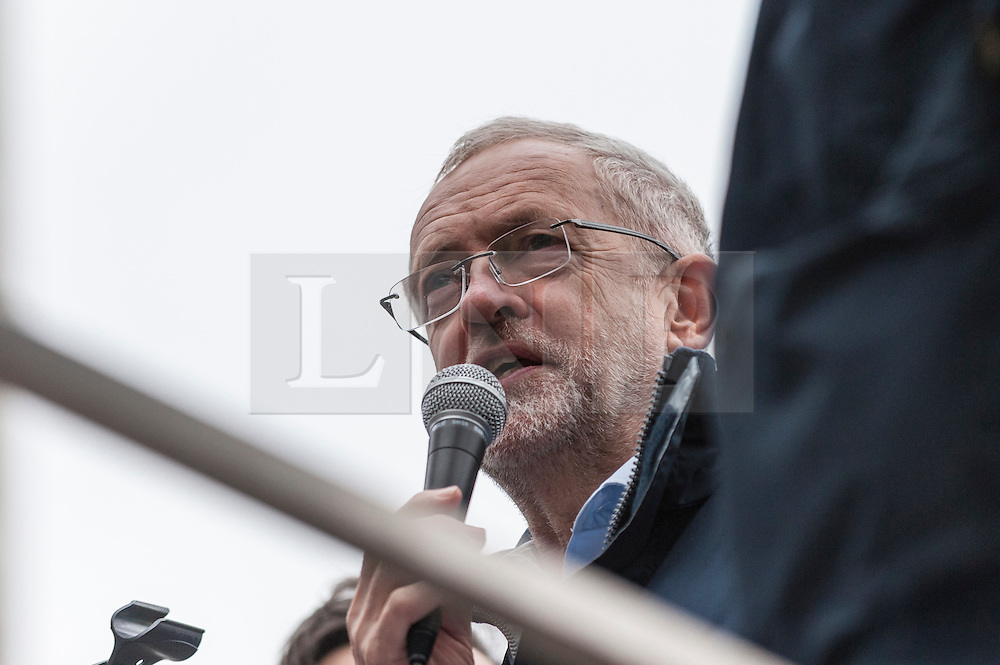