© Licensed to London News Pictures. 11/09/2021. London, UK. A man reaches out to a plaque containing names of the British victims at the September 11 Memorial Garden in Grosvenor Square, London on the 20th anniversary of the 9/11 terrorist attack. The attacks, which killed a total of 2,977 people - 67 of them British - saw passenger jets seized by suicide attackers, flown into the Twin Towers of the World Trade Center in New York and the The Pentagon building in Washington. Photo credit: Peter Macdiarmid/LNP 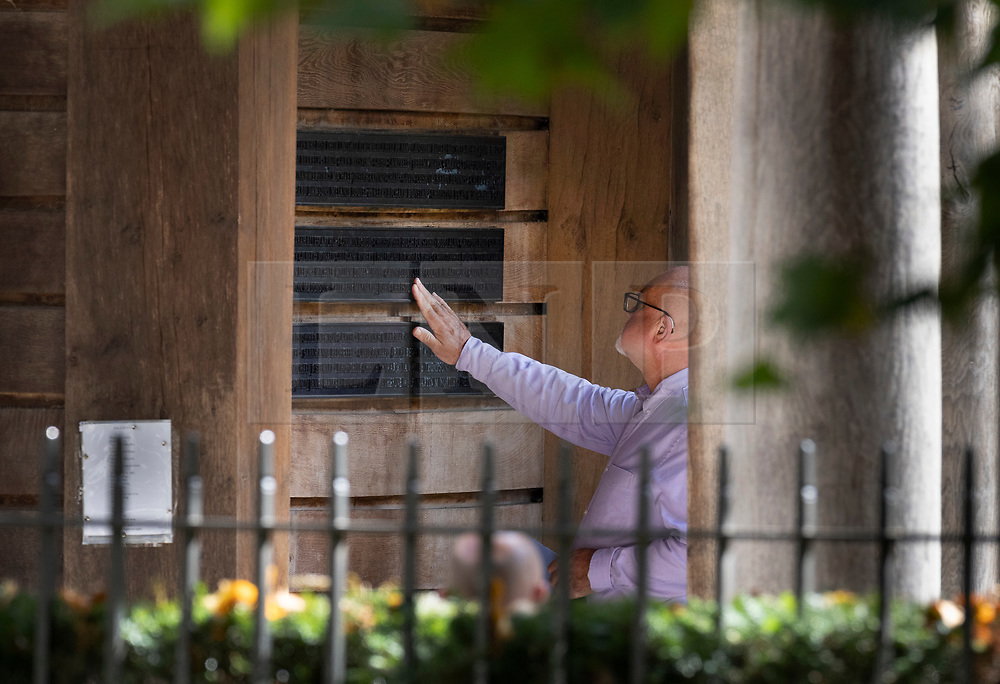