Bashiqa Mountain, towering over the town of the same name, is now a heavily fortified front line. Kurdish peshmerga, having withdrawn to the mountain after the August 2014 ISIS offensive, now watch over Islamic State held territory from their sandbagged high-ground positions. Regular exchanges of fire take place between the Kurds and the Islamic militants with the occupied Iraqi city of Mosul forming the backdrop.

The town of Bashiqa, a formerly mixed town that had a population of Yazidi, Kurd, Arab and Shabak, now lies empty apart from insurgents. Along with several other urban sprawls the town forms one of the gateways to Iraq's second largest city that will need to be dealt with should the Kurds be called to advance on Mosul. Photo credit: Matt Cetti-Roberts/LNP 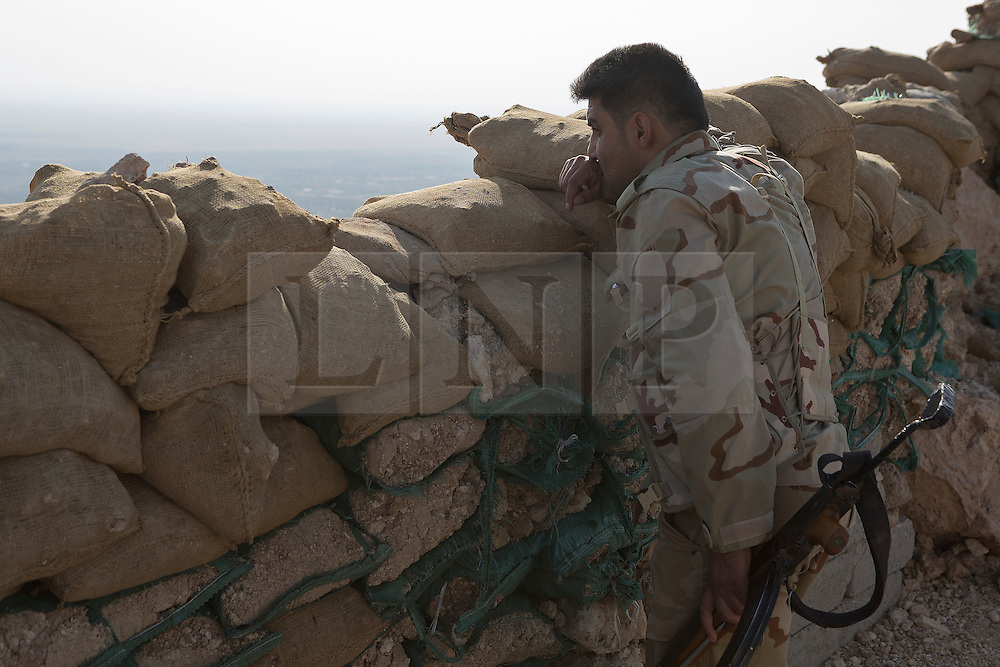