© London News Pictures. 18/10/2012. Duxford UK. The Hurricane being removed from the hanger before flight. Photo call at Imperial War Museums Duxford in Cambridgeshire for a Hurricane fighter aircraft which is due to be auctioned off by Bonhams with an estimate of 1.4 million - 1.7 million pound sterling as part of a sale of Collectors' Motor Cars and Automobilia on Monday 3rd December. The Hurricane, the Royal Air Force's first monoplane fighter, had its finest hour during The Battle Of Britain when it shot down more enemy aircraft than its famous service partner the Spitfire. Photo credit : Ben Cawthra/LNP 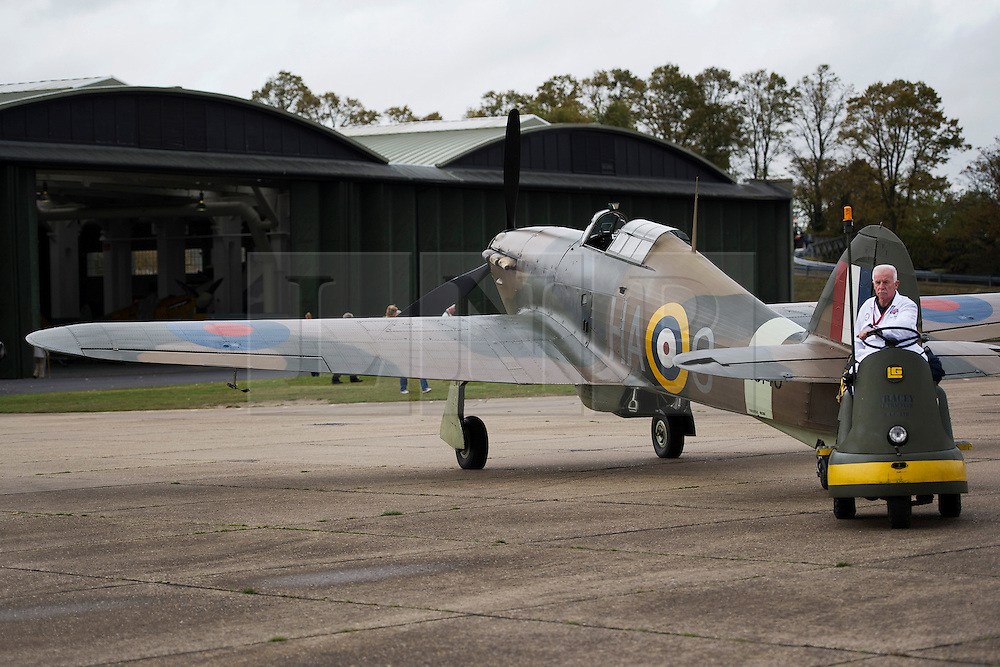