The silver Jaguar is attached to the bow of Kismet superyacht

© Licensed to London News Pictures. 01/10/2016. LONDON, UK. A silver Jaguar, which has one of its paws resting on a silver American football helmet is attached to the bow of superyacht, Kismet. Kismet’ arrived in London and moored at Butlers Wharf on the River Thames earlier this week, but the silver Jaguar was not fitted on its arrival. Kismet is 308 feet long and is reportedly owned by Pakistani-American billionaire Shahid Khan. Mr Khan owns the National Football League (NFL) team, the Jacksonville Jaguars, who are due to play the Colts in an International Series game at Wembley tomorrow. Kismet has 6 staterooms, with the master bedroom having its own private deck with jacuzzi and helipad and can be chartered for an estimated £1m per week. Photo credit: Vickie Flores/LNP 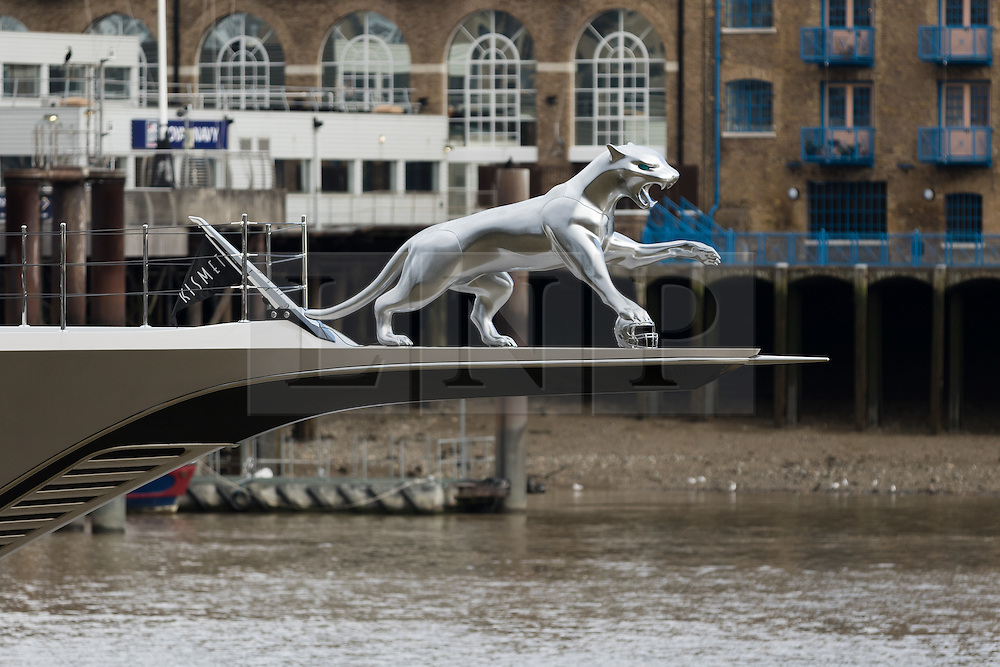