© Licensed to London News Pictures. 19/03/2012..Saltburn, England..Presenter Ben Fogle was on Saltburn beach today taking part in the filming and production of a new 4 part documentary from Sky TV and National Geographic Channel showcasing the darker side of Mother Nature. ..The effects of a Tsunami wave hitting the coast were recreated on Saltburn beach and the damage caused to a vehicle by the power of water was demonstrated by dropping around a tonne of water from a crane onto the vehicle which had been placed on the beach close to the pier...Filming in the town is expected to take around two days and the four-part Storm City series, which will air in the summer, has been filmed on locations throughout the world and sets in Canada and the UK...Photo credit : Ian Forsyth/LNP 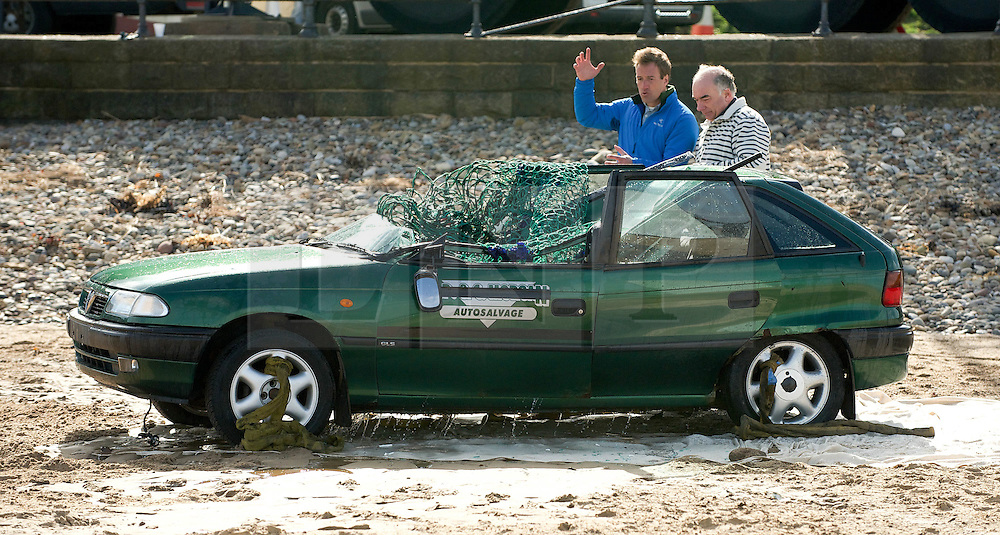