© Licensed to London News Pictures . 08/02/2013 . Salford , UK . Pictured a silver car understood to have been parked when the collision took place whilst behind under a green tarpaulin , the remains of a red Audi on its side with its door lying on the pavement . The scene on Leigh Road where a multi-vehicle pile up killed two , sparked a fire and damaged several cars and houses overnight , causing residents to be evacuated . Greater Manchester Police report seeing a stolen red Audi which they attempted to pursue prior to the crash . Photo credit : Joel Goodman/LNP 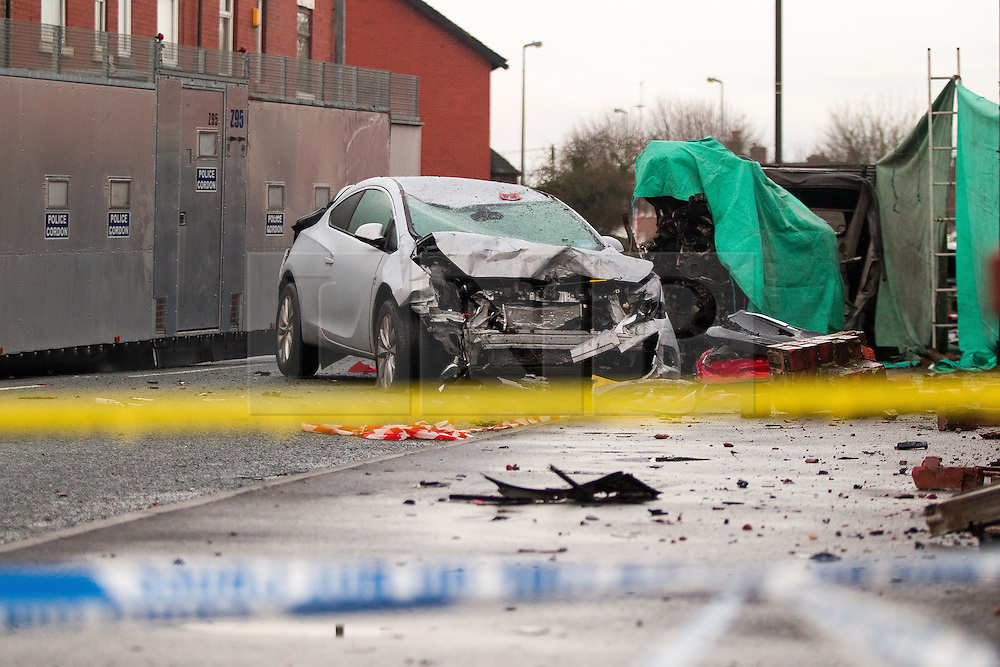