© Licensed to London News Pictures. 09/01/2020. Didcot, UK. Thames Valley Police set up a cordon including a back street path after blood was discovered on a house door, the crime scene in the Mendip Heights estate is close to where three men were injured during an incident and were taken to hospital for treatment. One of the men, aged in his forties was later pronounced dead and a murder investigation was launched. The victim received multiple stab wounds. Two other victims, one man in his twenties and another man in his thirties, are in serious but stable conditions in hospital. Photo credit: Peter Manning/LNP 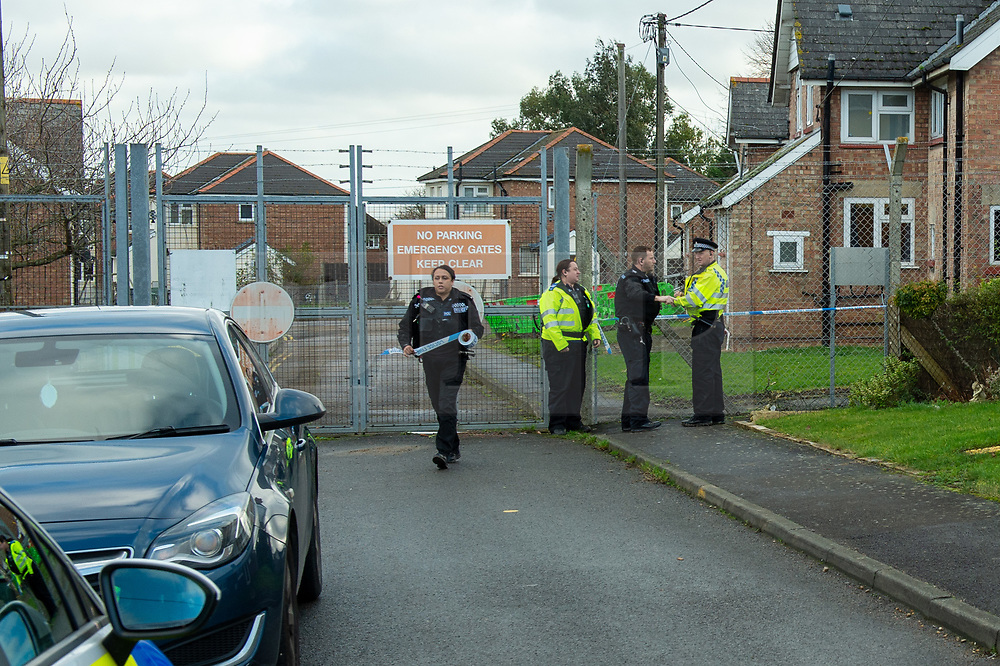