Rhinos on the Tusk Rhino Trail

**CAPTION CORRECTION - Rhino statues are 750mm tall, not 750cm tall, as stated in previous captions**
© Licensed to London News Pictures. 20/08/2018. LONDON, UK. An office worker takes a photo of 'Freddie', a rhino painted by Glen Baxter, outside Guildhall. At 750mm tall and weighing 300 kg, each rhino has been specially embellished by an internationally renowned artist. 21 rhinos are in place at a popular location in central London, forming the Tusk Rhino Trail, until World Rhino Day on 22 September to raise awareness of the severe threat of poaching to the species' survival. They will then be auctioned by Christie's on 9 October to raise funds for the Tusk animal conservation charity. Photo credit: Stephen Chung/LNP 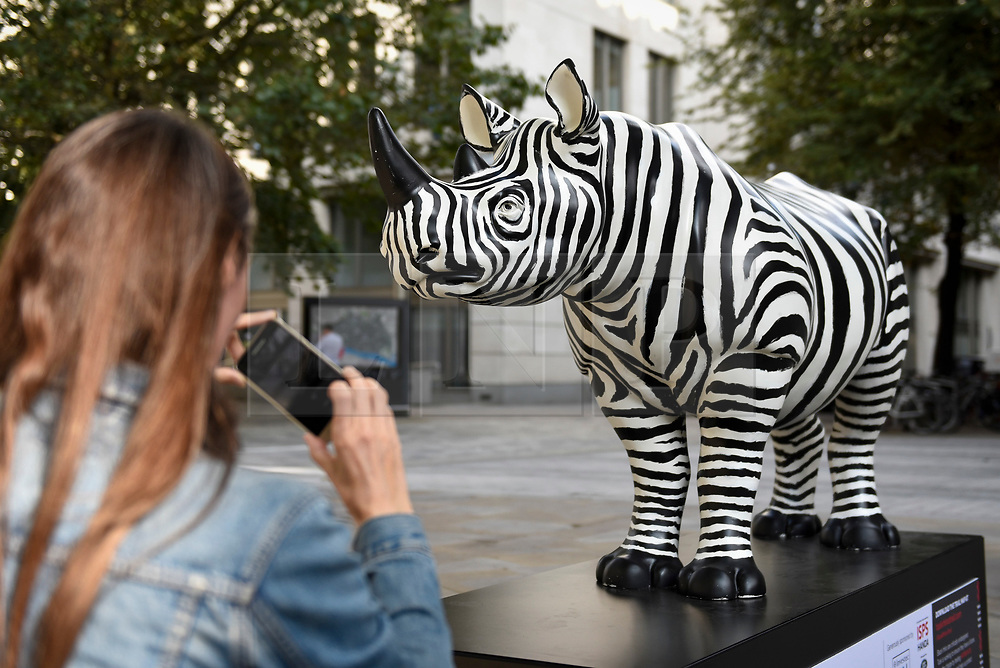