© Licensed to London News Pictures. 27/07/2018; Bristol, UK. Upfest, The Urban Paint Festival, 2018 with themes this year including the Simpsons cartoon series and 100 years of the first women getting the vote. NOMAD CLAN are pictured working on their giant mural with the character of Lisa Simpson on the side of the Tobacco Factory in Bedminster, Bristol. Nomad Clan is possibly the biggest female duo in world street art, having completed the largest mural in the country back in 2017. Their challenge this year is a unique one; to celebrate the suffrage movement with a tie in to The Simpsons using the show's titular post-modern feminist, Lisa Simpson. Upfest which is Europe's largest Street Art and Graffiti Festival takes place in the Bedminster area of Bristol between Saturday the 28th and Monday 30th of July. In celebration of their 10th anniversary, Upfest will feature the animated family, The Simpsons with 2018 festival goers treated to artist interpretations including Homer, Marge, Bart, Lisa, and Maggie. The festival has also teamed up with Bristol Women's Voice to celebrate the centenary of the first votes for women, and together Upfest and Bristol Women's Voice will celebrate the progress made since 1918, with three artists including Nomad Clan chosen to portray the suffrage movement and the rights of women. Upfest will have 400 artists from 70 countries in attendance, including this year's lead artists Insane51, L7m, London Police, Nomad Clan, Odeith, and Paris. This year, three Upfest artists have been selected by The Simpsons creator Matt Groening to bring The Simpsons to life in their own unique styles: Bao, born and based in Hong Kong, is known for her freestyle work with vibrant murals and illustrations; Soker, a wildstyle writer, is one of Bristol's finest talents and has been putting his mark on the city since the late 80's; Nomad Clan, the collective of Cbloxx and AYLO, one of the most sought-after duos in the international global street art scene. 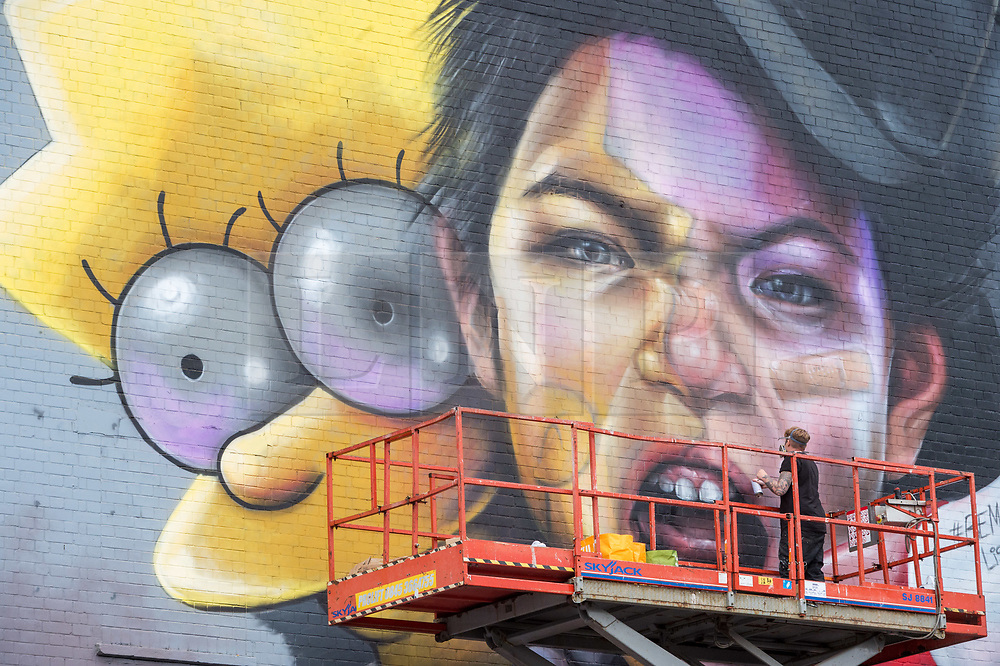