© Licensed to London News Pictures. 13/08/2021. LONDON, UK. Construction entrance at Marble Arch Mound. Westminster City Council has announced that deputy leader, Melvyn Caplan, has resigned after the cost of the mound, initially reported as £2m, is now estimated at £6m. Commissioned by the council and designed by MVRDV architects, the 25m high artificial mound has been heavily criticised as being incomplete, lacking the advertised views, too expensive for a visit and “being the worst landmark in London”. Currently free to visit during August, the mound is planned to reopen fully in September. Photo credit: Stephen Chung/LNP 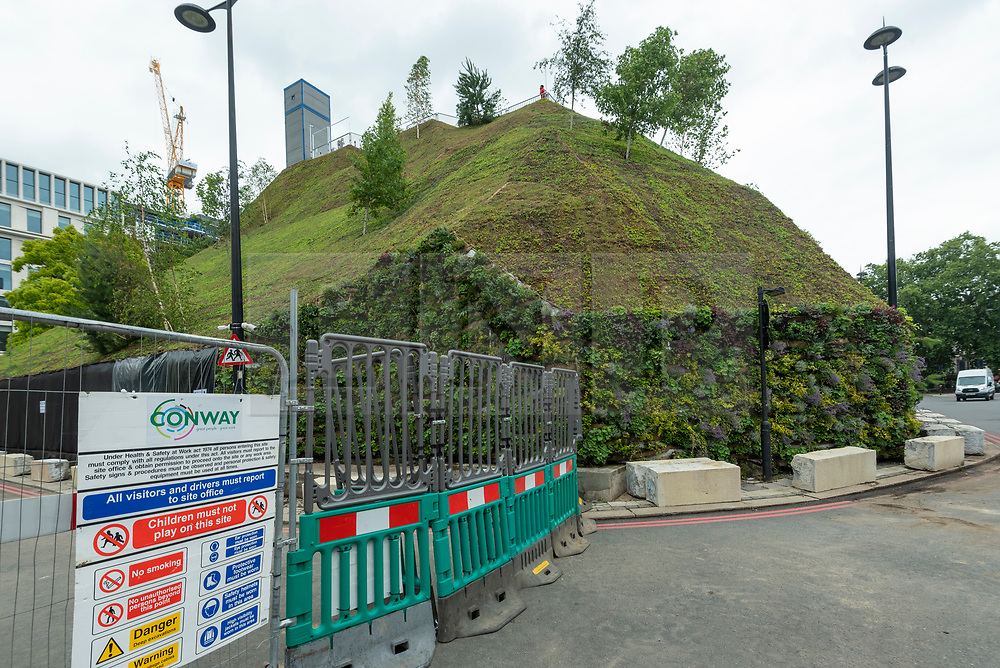