©London News pictures... Horses at Macdonalds restaurant. Around midnight, Tris Brown and friends pulled into the McDonalds drive-in in Aintree, near the famous racecourse, to discover two horses being served. It is understood their owner had been celebrating after a win at a showjumping event at Aintree that day, and had fallen out with his girlfriend. A crowd of onlookers grew as he led the horses away, while being chased by police officers who had arrived on the scene. He also tried to mount one of the horses but but failed. Police vans managed to encircle the horses and detain the owner, while a horsebox supposedly owned by his partner arrived to transport the horses away. "It was hilarious," bystander Tris Brown said. "Not only did we see the once-in-a-lifetime vision of horses being served at McDonalds, but we also watched the owner try to run away from the police, while failing to get on his horse. He should have had the perfect getaway, but instead it's a tale of whoaa!" 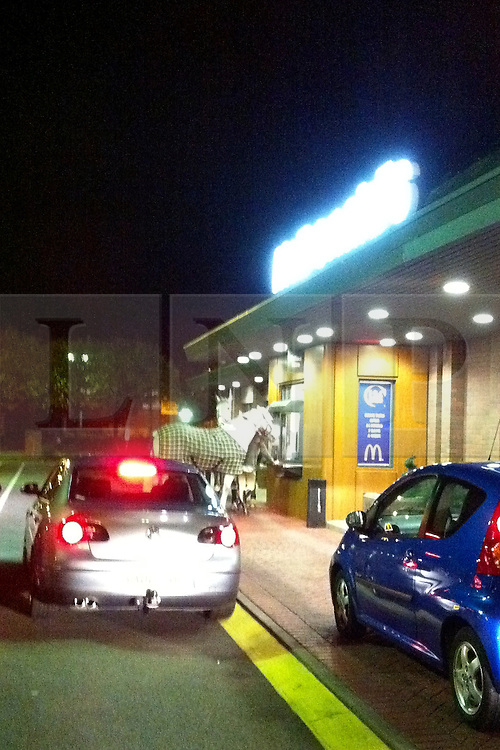