The grave of Scipio Africanus vandalised

© Licensed to London News Pictures; 18/06/2020; Bristol, UK. The grave of Scipio Africanus at St Mary’s Churchyard in Henbury has been vandalised with part of the memorial broken in two in an attack on Tuesday night. The elaborate grave is grade II listed, and both stones that featured black cherubs marking the grave of 18-year-old “Scipio Africanus” were damaged. A message was also left which indicates the attack was in revenge for the toppling of the statue of slave trader Edward Colston in Bristol city centre during a Black Lives Matter protest on 07 June 2020, with part of the message saying "put Colston back". Scipio Africanus (1702 – 21 December 1720) was a slave born to unknown parents from West Africa. He was named after Publius Cornelius Scipio Africanus, the third century BCE Roman general, famous for defeating the Carthaginian military leader Hannibal. Very little is known of his life. He was the servant of Charles William Howard, 7th Earl of Suffolk, who in 1715 married Arabella Morse and lived in the "Great House" in Henbury, Bristol. It is not known how Scipio was acquired, but he died there aged, according to his headstone, eighteen. His master and mistress died two years later. Black Lives Matter protests around the world have come after George Floyd a black man was killed by a white police officer in Minneapolis in the US. Photo credit: Simon Chapman/LNP. 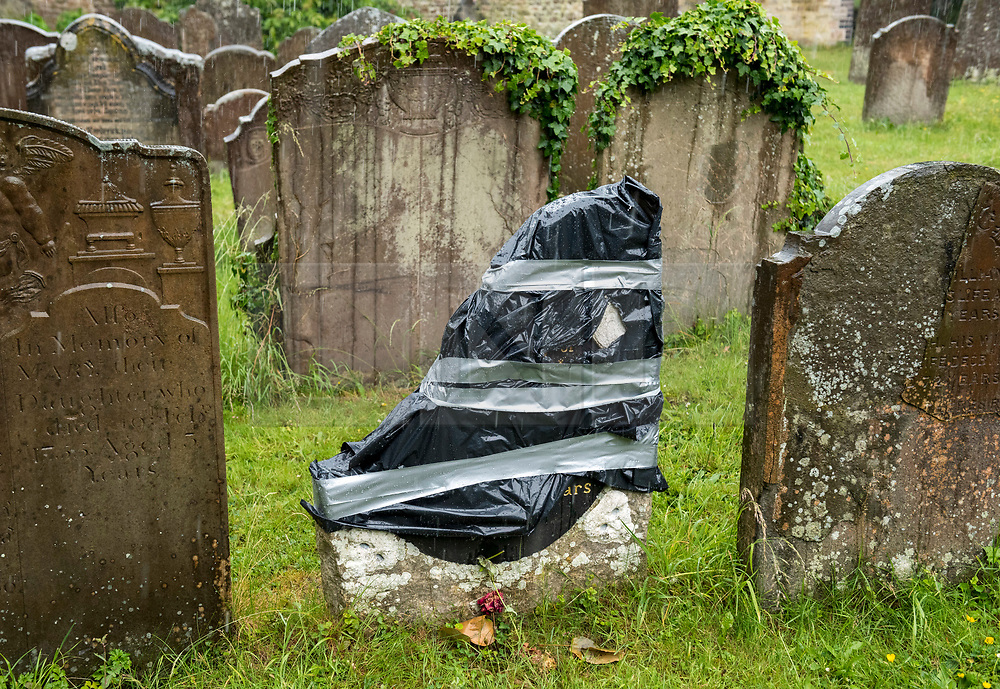