BEDFONT MIDDLESEX. Police and forensic officers inspect the blue and white speedboat and banana boat involved in the accident. An 11-year-old girl has died after being seriously injured at a water sports centre in west London. The girl is thought to have been on an inflatable craft being towed by a boat when she was hurt at the Princes Club, Bedfont, near Feltham. Emergency services were called following the incident at about 1700 BST on Saturday and she was taken to West Middlesex Hospital but later died. A 22-year-old man has been arrested in connection with the incident. 13 September 2010. STEPHEN SIMPSON. 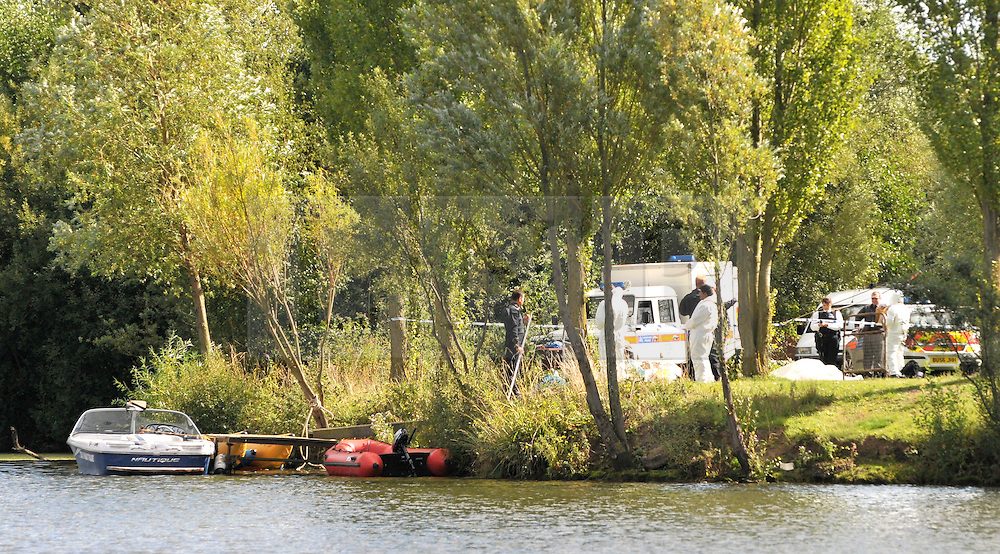