© Licensed to London News Pictures;29/08/2020; Bristol Airport, Lulsgate Bottom, UK. "the Red People" take part in a Common Ground with Extinction Rebellion protest at Bristol Airport against plans to expand the airport and against the airport's decision to appeal against a refusal by North Somerset Council over the expansion plans. This is on the second day of a bank holiday weekend of protest across the UK by Extinction Rebellion. XR are protesting in Bristol and other cities in the UK against climate change, leading up to a protest in London starting on 01 September. XR say that despite clear scientific evidence of the deadly climate and ecological emergency, the UK government are refusing to take the urgent action needed to avoid mass extinction. XR say we need politicians to support the Climate and Ecological Emergency Bill. During the coronavirus covid-19 pandemic, climate change is being forgotten but it is still an emergency that is happening, the elephant in the room. Photo credit: Simon Chapman/LNP. 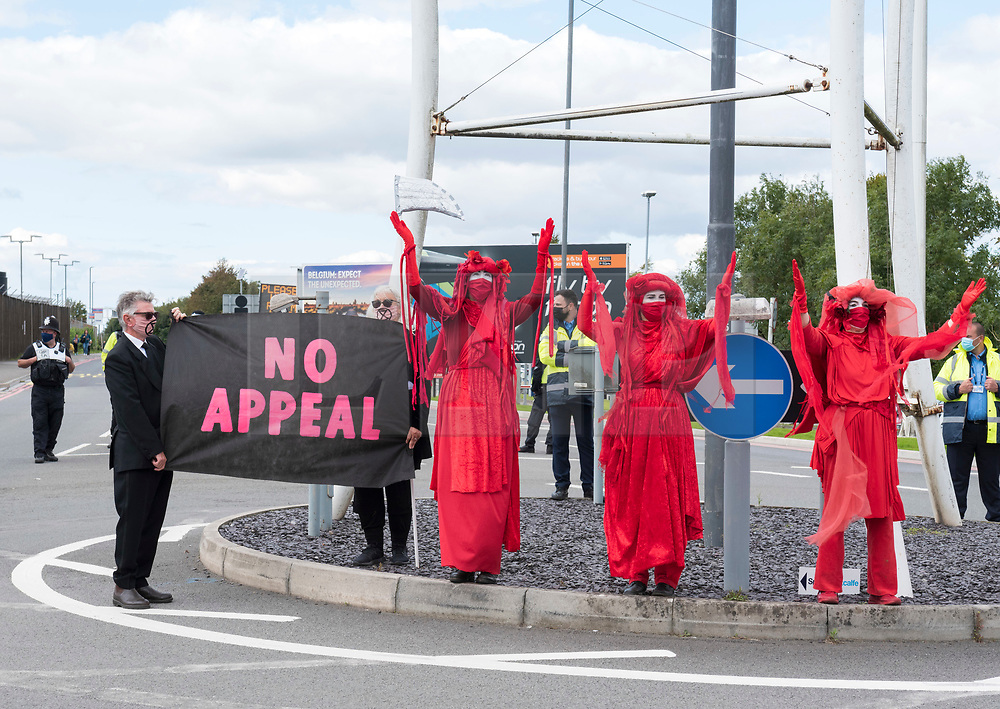