© Licensed to London News Pictures. 22/12/2013. London, UK. A fire extinguisher on the side of the street at the entrance to Unit 10, Studio Spaces in Pennington Street, East London. Around 16 emergency vehicles attended an incident in the early hours of 22 December 2013 where a 'Santa Stamp' rave event was being held and two people were stabbed, windows were broken and objects were thrown from windows on the top floor. Photo credit : Vickie Flores/LNP 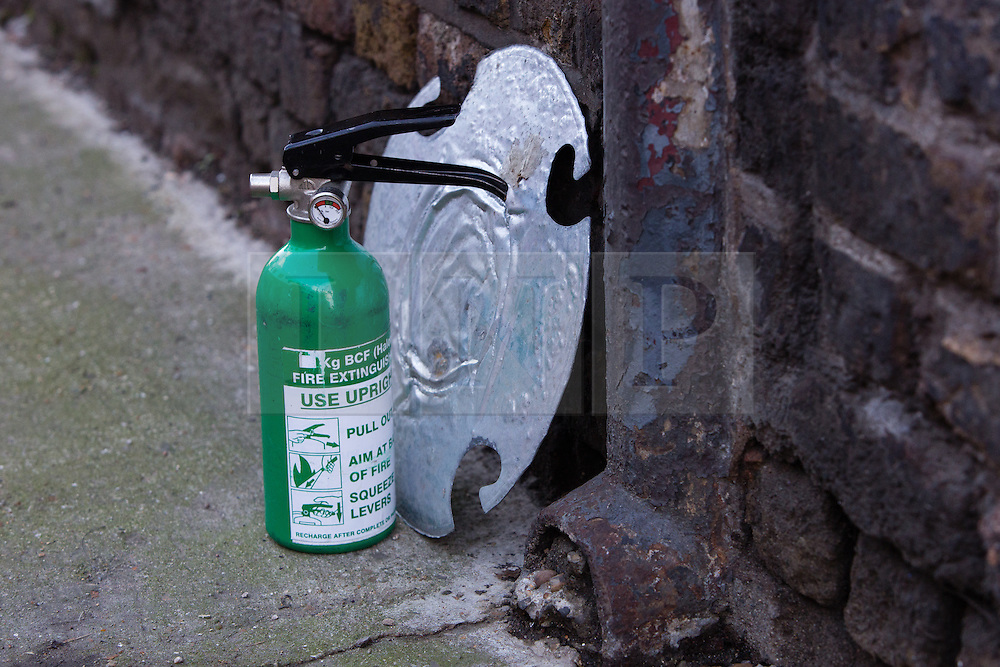