© Licensed to London News Pictures. 21/10/2014. London, UK. Mafia boss, Domenico Rancadore arrives at Westminster Magistrates Court in London on 21st October 2014 for an extradition hearing, which is a second attempt to return him to Italy to serve a jail term for being a member of the Cosa Nostra. The court is expected to hear from an expert for the defence on prison conditions in Italy today. Rancadore spent almost two decades living incognito in Uxbridge, west London until arrested last August. Photo credit : Vickie Flores/LNP 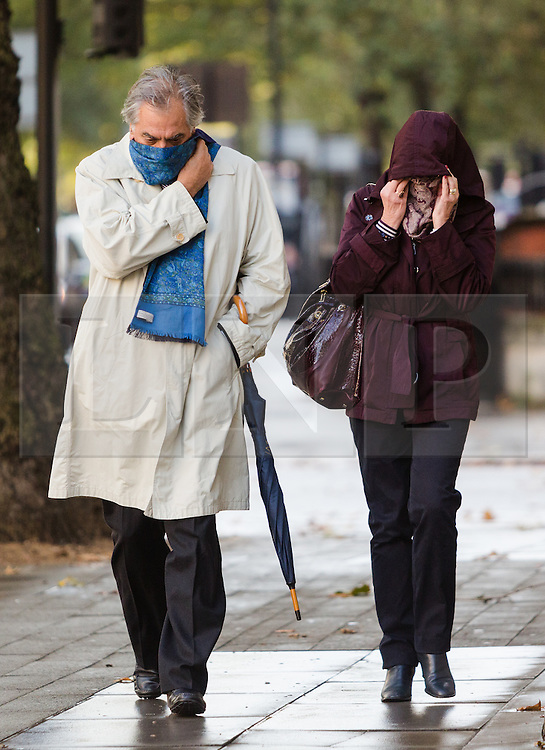