© Licensed to London News Pictures. 26/02/2016. Grasmere UK. File picture shows the A591 road collapse in Cumbria which is costing the Lake district £1m a day according to Liberal Democrat Leader Tim Farron. The MP for Westmorland & Lonsdale has called for extra staff to speed up repairs to the A591 which was damaged by storm Desmond in December. Mr Farron told the commons the South Lakes economy would lose about £100m if the road remained closed until the end on may with £60m of this lost in April & May. Photo credit: Andrew McCaren/LNP 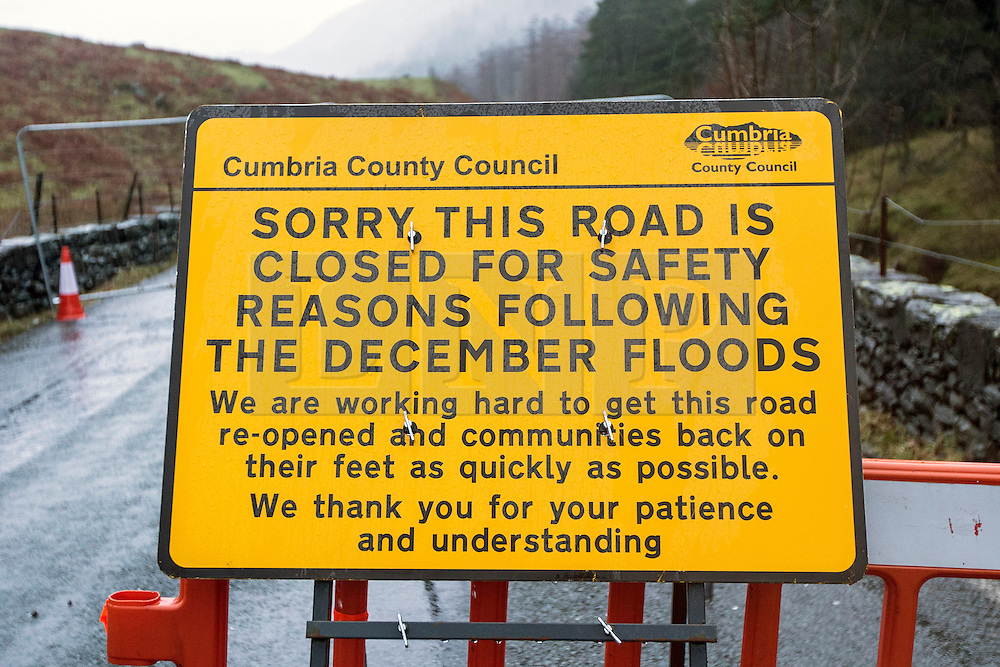